There was a time when few of us thought or cared about where the materials that made up the things we bought had come from or what harm had been caused along the way in order to bring these things into our lives.

These days the tide has begun to turn and we are all having to raise our awareness of the way in which the goods we buy effect both the people who make and supply them and the planet that we share.

Many of you will be aware of the issue of so called ‘Blood Diamonds’.

These are stones that were mined in a conflict zone and sold in order to fund a war or an insurgency or to support a warlord’s activities. Few us would like to think that the diamond we wear on our finger as a token of love has actually helped to fund the atrocities of wars that we hear about every day in the international news. This, of course, is the personal aspect but we also have to consider that in depriving these warlords of a source of income we can, perhaps, reduce the amount of damage and evil that they are able to perpetrate and, with this in mind, the Kimberly Process was put in place.

The Kimberly Process was instigated in 2000 by the main players in the diamond trade itself who realised that the discredit brought upon their industry by this issue was beginning to damage the trade.
Undoubtedly there were those who also recognised that something had to be done for purely humanitarian reasons as well but I fear that, as is often the case, money was the chief motivating factor.

As a result, a system of certification was set up whereby no diamonds could be traded without proof that they had not been mined and sold in order to fund conflict. In addition a ban was placed on any company or individual who attempted to sell such goods. Since 2001 the process has been adopted by all the major trading countries and, these days, no diamonds can pass British customs without a certificate guaranteeing that they are conflict free.

The process is not perfect and, where there is such huge financial gain at stake, you can guarantee that conflict diamonds are still getting on to the market in some parts of the world. There can be no absolute certainty but I make sure that I minimise any risk of using such stones by sticking to one supplier whom I trust and who had been working in the trade for many years.

Although I cannot supply a certificate for each small diamond that I use I can guarantee that the packet that it came from was sourced legally and was imported with a Kimberly Process certificate. I would not be able to sustain any peace of mind if I felt that the materials I was using had helped to bring death and misery to others and I would not want to pass that responsibility on to my friends and clients. I hope, therefore, that you will have confidence that when you buy a piece of my jewellery you are buying something that is truly precious and not tainted.

There is a wider issue, however: The way that we view diamonds as a priceless gift of love is a relatively recent thing. Furthermore it’s not even our own idea but was given to us early in the last century by, well, the people who sell diamonds actually. You can get the whole story from a famous piece first published in The Atlantic by Edward Epstein. If you’re thinking of sinking your money into a large diamond then I’d urge you to read these pages and think again, and think for yourself rather than thinking what De Beers want you to think. 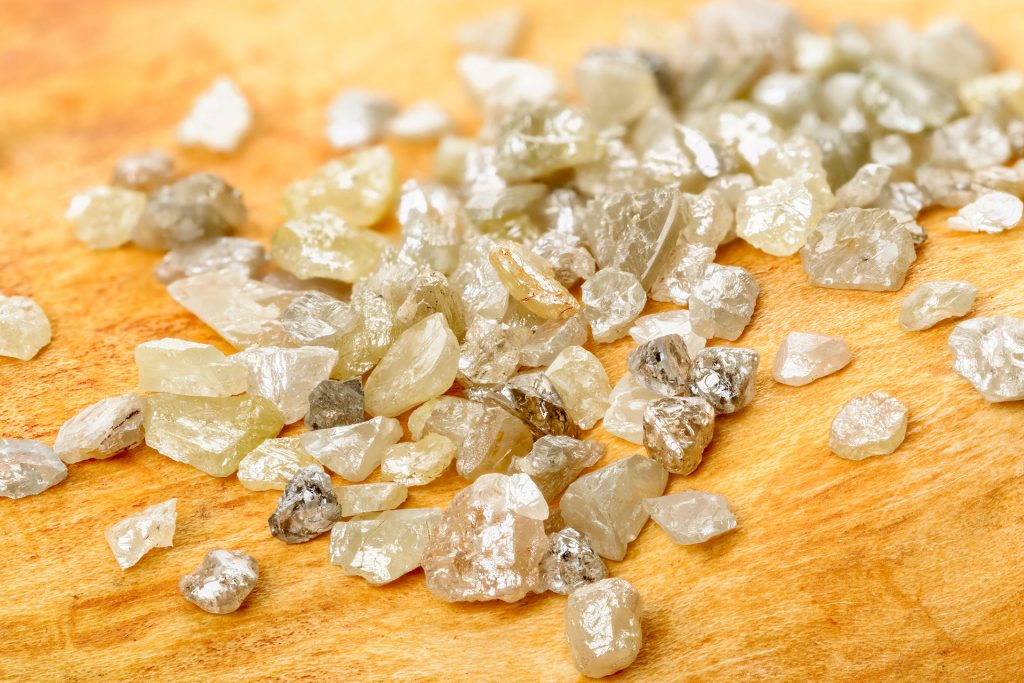 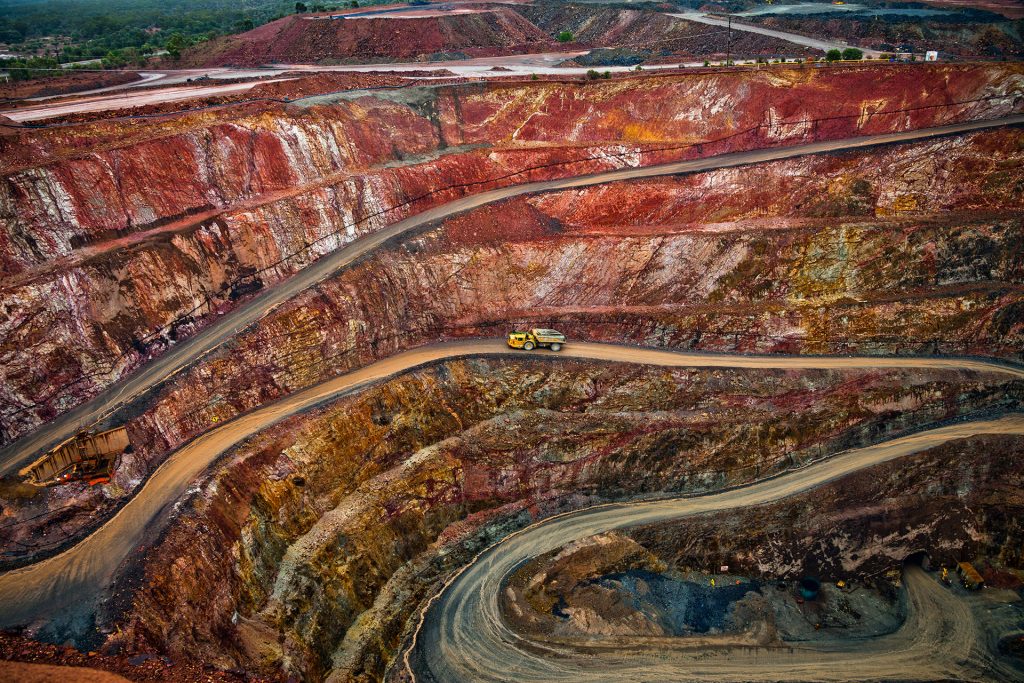 Many people are now aware of the conflict diamonds issue, partly due to Leonardo DeCaprio’s fine work! However there are other ethical issues that have a bearing on the jewellery trade and these include the environmental impact of mining and processing precious metals.

Mining is inherently destructive. In many parts of the world gold is mined by small companies and prospecting individuals who have scant regard for the environmental damage that they may be causing. As an example, many parts of the Amazon river banks are blasted away to liberate the gold deposits that can be found in it’s sediments. The gold is then separated by amalgamating it with mercury some of which inevitably finds its way back into the river and so into the food chain.

Studies have found that small-scale miners are less efficient with their use of mercury than industrial miners, releasing an estimated 2.91 pounds (1.32 kg) of mercury into waterways for every 2.2 pounds (1 kg) of gold produced.

Other toxic compounds are used and generated in the mining process as well. Mining exposes previously buried metal sulfides to atmospheric oxygen causing their conversion to strong sulfuric acid and metal oxides, which run off into local waterways. Oxides tend to be more soluble in water and contaminate local rivers with heavy metals.

Cyanide, a highly toxic compound, is also often used to separate gold from sediment and rock. While cyanide is supposed to be carefully monitored to prevent its escape into the surround environment, spills do occur—especially when there’s no one around to enforce mining regulations. The effects of poisoning can be widespread, especially when a waste-holding pool overflows or breaks, as it did in Guyana in August 1995.

In addition to the environmental damage that large scale mining causes, there is also a price to pay on an humanitarian level. A good proportion of the gold that comes out of the poorer countries of the World is mined by a small child at the bottom of a deep hole in which he has spent 14 hours chipping away with a little hammer. These children work in appalling conditions, and are often injured or die as a result of the holes caving. They come into contact with mercury and other toxic substances as they separate the gold from the ore and they are paid subsistence wages by the people who are growing rich from their exploitation.

As gold from hundreds of different sources is is mixed and alloyed before it hits the market it is virtually impossible to tell where the gold in your jewellery has come from, so we can only continue to protest against the evils of child labour and to recycle gold wherever possible.

If you are interested in taking this further then here is more information about child labour in gold mining here and advice about how to combat all the issues around gold mining on the No Dirty Gold web site..

The above are just some examples of how the mining of the gold that makes up your wedding band can have an impact on the health of the planet and the lives of less fortunate people. We are limited in what we can do to minimise this impact but, wherever possible,  I try to use metals that have been recycled within the trade.

Most bullion dealers will buy scrap metals and then refine them and process them into new materials, as this is the most profitable method for them. They will buy new metal only when there is not enough scrap to fill their needs or if the price of new metal drops to an advantageous level. As metals from various sources are refined and alloyed together I cannot guarantee that any piece of jewellery that I produce is wholly recycled but I do make sure that my own scrap goes back to the caster who helps to produce many of the elements for my jewellery and I also rework and recycle as much gold and silver as possible within my own workshop.

If you have precious metals that you want to use in new pieces then I can generally melt and rework them myself. If you want something more elaborate that requires casting then I may have to add the metal to a larger melt as we usually cast a whole batch of different pieces in one go. Either way, you will end up with a piece made wholly or in part from your original materials and you will have saved money and helped to prevent environmental damage into the bargain. 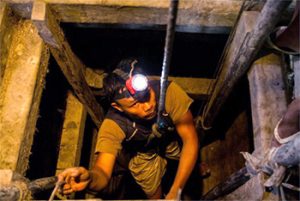